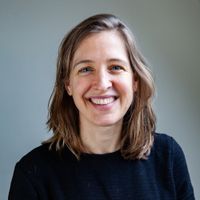 The world is ageing. Generally we talk about that as though it’s a problem. And of course it is problematic; but it is also the most astonishing time to be alive. In the 1,500 odd years following Julius Caesar, humans added 11 years to their lives. In the last hundred years, we’ve added almost three times that many.

Those extra years of life are a golden opportunity. As Marc Freedman, author of ‘How to Live Forever: the enduring power of connecting the generations’ says, older people are the only natural resource which is growing.

However, while demographics are changing, our attitudes to retirement are not keeping pace. If we are to make the most of this human capital, we need to change the discourse around ageing and work, so that older people are seen as a workplace benefit, rather than a cost.

Shaking up the conversation

One key part of this involves changing the view that sees the age of retirement as a signifier of redundancy. Our culture currently relies on an outdated view inherited from when the average lifespan was shorter and work itself was more physically demanding. Most people didn’t live long enough to receive a pension.

Today people of 65 have many healthy working years ahead of them.

This is not only because of increased lifespan, but because our jobs are safer and less physically demanding than just decades ago. Over the past two centuries the nature of labour itself has evolved from agriculture and artisan production to manufacturing and industry and now to offices and service industries.

Of course, people still build houses and weld joints, but the physical toll that work takes on our bodies has declined and in many cases shifted to emotional and intellectual labour.

It is projected that by 2030 there will be nearly one billion people aged 65 and older. Many of them will have decades of productive work ahead of them. It is just good policy to make sure that these people can work if they want to.

It's also likely that throughout our increasingly long lives many people will want to pursue different carer challenges. This will mean mid- and late-stage career changers will become increasingly common. We therefore need to invest in routes like Now Teach that empower people to make a success of such career moves.

More important than policy, we need to change culture. Workers need to be helped to see that changing career at 50 – starting all over again at the bottom - isn't a decision that is crazy if it’s done with the right support. Employers need to be educated to see that older employees are not a burden but an asset that can support their organisation.

It has been proven that teams with diverse attitudes and experiences are more successful; what could be more diverse than a 'five-generation workplace' where Baby Boomers debate with Gen-Xers, Millennials, Generation Zs and their yet-to-be-named successors? It is common sense that different generations working together have an opportunity to exchange their own unique knowledge and skills.

I've written before about the positive impact of career-change when it is driven by a desire to do something meaningful. Good physical and mental health are linked to doing the things you care about.

Career-change could also play a positive role in increasing social mobility. A culture embracing career change would also extend opportunities to those who may have missed out in their youth. Exam results too often dictate people's options after school – providing different routes later in people's careers can provide a corrective to this.

We are still a young organisation and the work of changing attitudes to career-change is also in its early stages. However, it is clear that this endeavour has the ability to release the potential in both younger and older people, sharing skills, increasing well-being and health, and raising productivity. Marc Freedman’s recent book ‘How to Live Forever’ cites Now Teach as one of the few organisations genuinely bringing the generations together for the mutual benefit of both.

Now Teach is currently playing a small part in this long-term national project. But over the past two years we have recruited 120 people to re-train as teachers, we are expanding into the West Midlands and East Anglia this year, and we are planning new and different ways to support people into teaching.

We believe in maximizing people's potential which is why Now Teach benefits both our participants and the children they serve. If you want a new career challenge and want to share your experience with young people, then Now Teach may be what you are looking for.

"It is projected that by 2030 there will be nearly one billion people aged 65 and older". 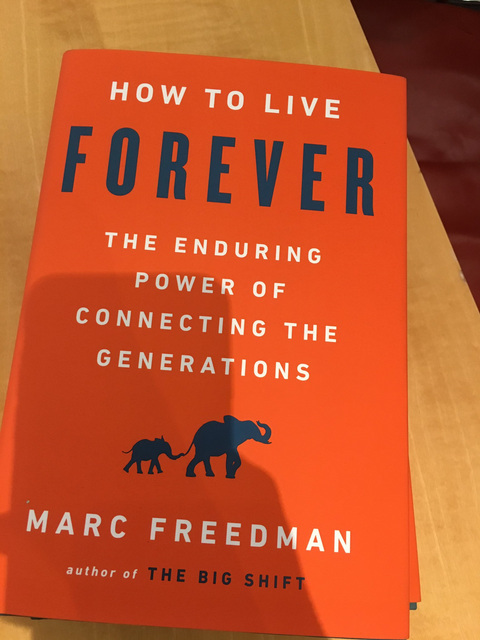 How can a society with more older than younger thrive? Hear from our CEO @marc_freedman, whose new book #HowToLiveForever tops several "best of" & "favorite" lists, including @WSJ, @TEDTalks & @GreaterGoodSC! Catch him at a city near you. https://t.co/yD1x10MGAT #Gen2Gen pic.twitter.com/ahcEyjtXVn

@nowteach full of optimism after a morning planning with @JRKhan11 and @ProfAndrewScott. As @marc_freedman says the only natural resource which is increasing is older people...

Advisory Board member and friend of the center @marc_freedman of @EncoreOrg recently had a Q&A about the importance of younger and older generations staying connected, the inspiration for his new book #HowToLiveForever. You can find the Q&A here: https://t.co/GodZi3EkVd #Aging pic.twitter.com/Nxpo43zKvW

Tonight we’re in conversation with @marc_freedman exploring the longevity revolution and connecting through generations https://t.co/znIsEOHzuP

Response to NFER: ‘It is critically important that the focus not move away from initiatives which are underway to improve recruitment AND retention’.
Katie Waldegrave

Lockdown has been tough for teachers
Katie Waldegrave

Education in a pandemic: back to school… but not as we know it - WorkingMums.co.uk
Katie Waldegrave
Recent posts from Now Teach