Becoming a teacher means learning lots of new things – but you’ll also bring all sorts of expertise from your first career, too.

Having years of experience in work is a huge asset.  At Now Teach we recognise that our teachers’ former careers have given them transferable skills that they can bring to their new role in school. Here are just some of the ways that your previous career can help you as a trainee teacher...

When you’ve been through the ups and downs of a career, you learn to deal with similar situations when they happen in teacher training – such as taking on constructive feedback.

‘I think experience definitely helps here. I accept that whole, “You’re doing well but…”,’ says Marja-Liisa Hovi, a trainee Biology teacher at the Langley Academy. ‘I know the ‘but’ is going to come and I want to know how to do better. I don’t think anybody with my back catalogue of experience is going to go off and cry in the toilets. Nothing upsets me anymore, that’s for sure!‘

It’s those years of hard-won experience that give many older trainee teachers the resilience to deal with tough situations in the classroom.

Zed Holmes, a Maths teacher, argues that it’s about self-awareness too: ‘Make sure that you know yourself well enough to know that you’re resilient.’

You may not be used to working with children but standing and presenting to office colleagues is something very similar to a classroom setup.

Peter Watson, a former investment banker and now a French teacher, says, ‘I had to present and win clients, so the ability to stand and deliver something, that’s all second nature.’ Anne-Marie Lawlor agrees, saying, ‘Being older and a career-changer has helped in several ways… [such as] being able to stand up and talk in front of a big group.’

It’s that experience that means you’re not fazed by the students’ focus – and in fact, it can be really enjoyable. ‘There are certain things I can bring from my previous career,’ says Julian Wood, a Biology teacher at Ark Elvin Academy. ‘I really enjoy standing up in front of a group of people and talking.’

Many Now Teachers are parents and, for some, this significantly influenced their decision to teach. Lara Agnew, previously a film-maker, said: ‘Having children showed me the impact that a good or a bad teacher can have on a child’s life. It was an eye-opener. I’m not sure I would have embarked on [Now Teach] if I hadn’t had that impetus as parent.’

Being a parent means you already have many years dealing with children. ‘Raising my three kids means I’ve experienced teenagers, which has proved useful now I’m teaching them,’ says Anne-Marie Lawlor, a French teacher at Trinity Academy.

Louise Bateman, of Archbishop Tenison’s School, said: ‘It helps that I’m not intimidated by them. That’s probably to do with my age: I’m 51 and I have children myself.’

Whatever your previous career, years of dealing with colleagues is a huge boost when it comes to handling tricky situations at school. Many Now Teachers have found their calmness has been singled out as an asset, even when they’ve been in early stages of their training.

‘A number of people who have observed me in the classroom have noted how calm I am,’ says Michael Crabtree, previously a picture editor. ‘In my old career, I’ve held thousands of meetings and I couldn’t have a hissy fit in the middle of them if people didn’t agree with me. Coming to teaching at my age adds massively to my sense of calm.’

That unflappability is also something that Anne-Marie Lawlor credits as one of her most useful skills, saying: ‘What I’ve brought with me from the civil service is the ability to stay calm and think on my feet.’

Now Teachers bring with them years of experience outside of education. This means they’ve got hard-won advice and insight that can be passed onto students looking for careers inspiration.

‘About 75 per cent of [our] academy’s students are from ethnic minorities and mostly from the nearby estates,’ explains Khasruz Zaman, who exchanged City lawyer life to train as a Maths teacher.

‘They aren’t lacking in aspiration but they have no clear idea what jobs they can do nor concrete ideas of how to bring their dreams to fruition. Many of the pupils have never met people like me or even been in an office before. I want to set them on the right path and help them fulfill their aspirations.’

Guy Bowles was a CEO but now teaches Maths in central London. ‘My school has made a virtue of my background,’ he says. ‘The kids, many which live below the poverty line, are intrigued and ask, “Why are you here, Sir?”

Every Now Teacher would answer this question in a different way. Some spent years planning, while others found the decision happened very quickly. Many found themselves fulfilling a life-long itch to teach, while just as many were surprised that teaching felt like the right move.

However, they are united by two things. All of them have been motivated by the desire for a new challenge and a drive to make sure their new career had a social purpose.

Find out if the Now Teach programme is what you are looking for as the next stage in your career.

"Whatever your previous career, years of dealing with colleagues is a huge boost when it comes to handling tricky situations at school." 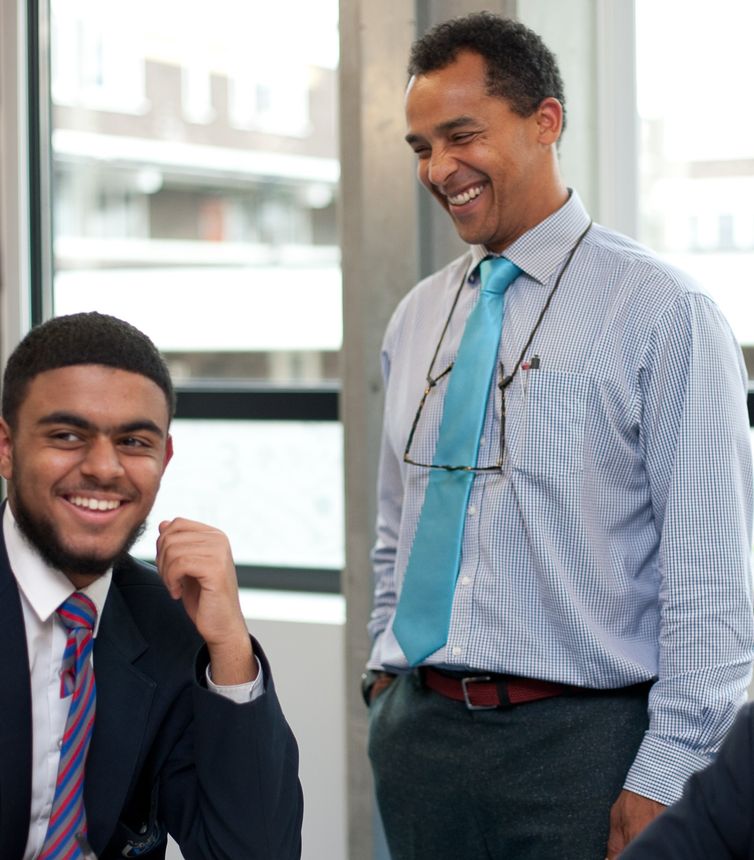 Nearly two-thirds of @NowTeachOrg participants feel their status has increased since entering the classroom. @lucykellaway says she was "amazed and heartened" to discover this, in a profession which has "traditionally suffered from lower status" https://t.co/PpDTmyfpnz @tes

When aging professionals retrain as @NowTeachOrg teachers, what happens to their social status? Instead of tanking, it's gone up. https://t.co/tGiyzJXjCL via @financialtimes

Studies have linked low job satisfaction to low productivity, while a lack of meaningful work is associated with poor physical health as we age. Read the Now Teach report on career satisfaction here:https://t.co/RglciofXtf #NCW2019 pic.twitter.com/OZWG1EsCH7