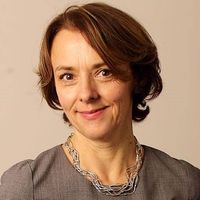 When she quit the FT to become a teacher, Lucy Kellaway thought society would view her differently.

When I quit the Financial Times in 2017 to become a trainee teacher, I knew that my future life would contain less of two things. The first was money — which was a bit frightening even though I had slightly softened the impact by stockpiling whatever cash I could lay my hands on.

The second loss was harder to prepare for. My old job came with an unreasonably high level of status. Over three decades I had become used to being eyed by people at dinner parties with slightly more interest once they discovered I was a columnist at the FT. By contrast, the status of teachers is unreasonably low. In most of the world, they are seen as only a little ahead of police officers and far behind doctors and engineers. Only in a few countries, including China and Indonesia, does society value the people who fill children’s minds as highly as those who fix their bodies. Everywhere else, the sneery old saying still gets wheeled out: those who can, do; those who can’t, teach.

At one of the first recruitment evenings of Now Teach, the charity I co-founded in 2016 to persuade ageing professionals to retrain as teachers, a 40-something banker stood up and said what was putting him off becoming a teacher was losing stature in the eyes of his colleagues. At the time I shrugged and told him to stop minding. I’d gone post-status and I advised him to do the same.

Yet the week I started teaching something odd happened. I was cycling along a London street feeling incompetent and out of control in my new job when I was flagged down by a stranger. What you are doing is so important, he said. Congratulations.

I told him it was too early for that. Congratulations would only be in order when I’d learnt how to be a good teacher and stuck at it for five years.

From the start, undeserved congratulations continued to roll in, and people seemed both interested and admiring of what I was up to. If status is what the Cambridge dictionary says it is — “the amount of respect, admiration or importance given to a person” — it was beginning to look like my status as a feeble novice teacher was higher than it was as a competent experienced columnist.

One of my fellow trainees reported something similar. Anne Marie Lawlor, a former top civil servant turned language teacher, noticed early on that people she met socially seemed far more interested in hearing about her new job than they ever were about her old one.

Given that the low status of teachers is one of the reasons they are in such dangerously short supply, this glimpse of high status struck me as worth investigating. I set about polling all the Now Teach trainees — the 45 who trained with me in 2017 and the 75 who started last September — to see if they had experienced it too.

First I asked them if people they met socially found them more interesting. Some replied that they were too weary as trainee teachers to do any socialising. But almost two-thirds reported that people were keener on talking to them than they used to be. This may not be that surprising, as almost everyone is interested in education, and absolutely everyone enjoys a story from the front line. A misbehaving child makes a better anecdote than minutes of a board meeting.

Only one trainee — who used to be a political journalist — said her social worth had dropped as her former friends and colleagues were only interested in the latest Westminster gossip and she no longer had any to offer.

I then asked the group what becoming a teacher had done to their status in the eyes of others. Most used to do jobs that society values (and pays) highly — they were investment bankers, corporate lawyers, consultants, civil servants, film makers and doctors — and most were towards the top of their respective trees. Now all are at the bottom of a less prestigious tree.

Despite all this, only 6 per cent said their status had fallen and about 65 per cent thought it had gone up since becoming teachers.

It would be nice to conclude that the status of teaching is not so grievously low after all, but I suspect the true explanation is otherwise. Becoming a teacher in your 50s, especially when you’ve had a certain amount of success doing something else, seems to be quite different from becoming one in your 20s.

Jonathan Shaw, a former marketing executive, says the reason is all about Maslow’s hierarchy of needs — at the top of which sits some sort of self-actualisation.

“I think lots of us as we get older start to question whether our lives have been well spent,” he says. “Teaching brings a different status and one that’s more relevant to a 50-year-old me than a 25-year-old me.”

Lara Agnew, a former documentary maker who now teaches English, thinks age had changed her idea of what status means.

“Now I am ancient, I realise that my ideas about status come much more from the inside. My own ideas about my contribution, my worth, are what count as status.”

So if the point about status is that we generate it ourselves as we get older, how do the Now Teachers feel about themselves? Has their self-worth gone up as a result of becoming a teacher? In my survey, 62 per cent claimed that it had.

This is remarkable given how difficult and exhausting teaching is, particularly in the first year. One of the 13 per cent who reported a drop in self-worth explained: “It is hard to feel good about yourself when you feel quite so overwhelmed and have no idea what you’re doing.”

But the others insisted they felt better about themselves by virtue of feeling useful. One described the delight he felt when a Year 8 class revealed he was preferred to their previous teacher. “No title or promotion in my old job has ever made me feel this useful and successful,” he said.

Teaching has been good for my own self-worth, though for a different reason. For the first time in my professional life, I don’t think about myself at all. Journalism was partly about me, while teaching is about the children. Even on days when I have given muddled lessons and have not noticeably changed the life of a single child I still go home feeling less out of sorts than after a bad day in the office.

There is a slight irony about this unlooked-for rise in status. I suspect that most of us stopped worrying about our professional status some time ago. I wish I had thought to add a final question to put to the group: how much does status still matter to you? My guess is that most would have answered: not much.

This article was first published by the Financial Times on 4th March 2019.

"For the first time in my professional life, I don’t think about myself at all. Journalism was partly about me, while teaching is about the children." 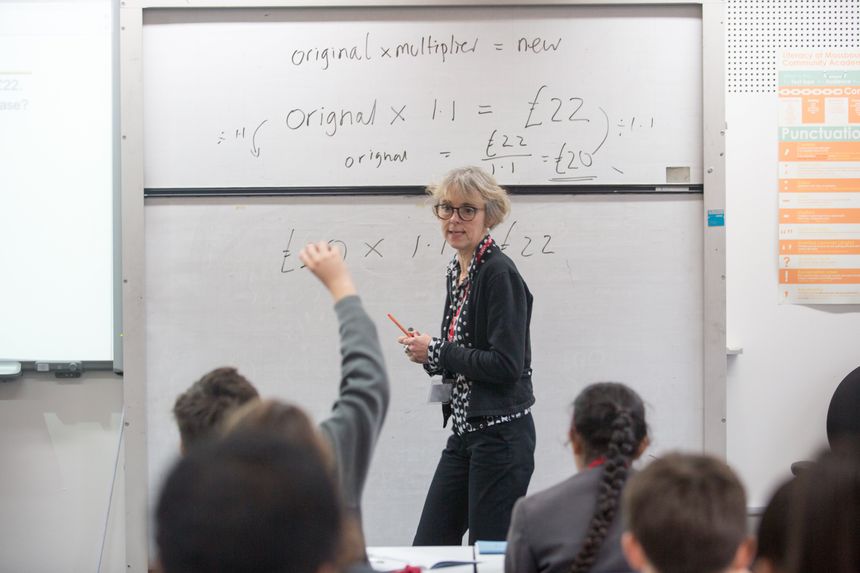 .@lucykellaway quit her job as an FT columnist to train as a teacher. In this piece she tackles one of the reasons behind a dangerous shortage of recruits to her new profession: the idea that the job is low in social status. https://t.co/DR7BEwB45f

When aging professionals retrain as @NowTeachOrg teachers, what happens to their social status? Instead of tanking, it's gone up. https://t.co/tGiyzJXjCL via @financialtimes

When she quit the FT to become a teacher, Lucy Kellaway thought society would view her differently - FT article "Does social status still matter when you reach a certain age?" https://t.co/YuwIwqnmu6 #longevity

When Lucy Kellaway quit the FT to become a teacher, she thought society would view her differently. Was she right? https://t.co/9F9CdGoUSi

How to choose your subject
Now Teach
repost  cancel