I am just coming up to one and a half terms in my teaching career. Although I'm conscious that I am still not very good at it, I have dared to turn my mind to how my previous career might be useful to my students outside the classroom.

When I left KPMG in 2016, one of the first appointments I took on was to the Board of the wonderful environmental charity Keep Britain Tidy.  Most people who were around in the seventies and before will think of Keep Britain Tidy as a big litter campaign and it still is, but it's also the brains behind the Great British Spring Clean and so much more. Keep Britain Tidy is the leading provider of behavioural psychology/nudge theory to environmental and waste related social challenges and the developer of Blue Flag beaches, Green Flag parks and Eco-schools to name but a few.

If you walk around a school, I am pretty sure any school, you will spot litter, often a lot of litter, and when you ask a student to pick it up… the standard response is ”it wasn’t me, sir”.

When I joined my school I had had the thought that it should be an Eco-school, but I was very hesitant to take on anything other than studying for my qualification and  also reluctant to throw my weight around in my new working environment.

But when the geography department announced that students were forming The Eco-Group, I could no longer pretend to have no particular interest or insight.

Not least because at that time it was just two weeks to the launch of the Great British Spring Clean at the Houses of Parliament.

Why take baby steps when you have the chance to leap?

I had thought at first that I would just offer my help to the newly formed group of students until I heard myself saying “why don’t we see if we can go to the Houses of Parliament for the launch of the Great British Spring Clean?”.

I learned all about such things as trip planning, parental permission, trip risk assessments, tube travel with teenagers and how welcoming and thrilled school is by the idea that the students get to do something different.  Something that exposes them to the world outside.

For me, the most important thing was that the three students who started the group had the most fantastic, exciting, thrilling day out.  The Keep Britain Tidy team, police and security in Parliament, business leaders and Ministers of State treated them as welcome guests, with respect and interest and wanted to hear their views and what they were doing.

The Eco-group has gone from strength to strength, in numbers and activity.  This week the students are completing the school survey which is the first step towards getting Eco-school recognition.  There are plans for a big school clean up, doing a proper clean in the area around the school for the Great British Spring Clean, rekindling the allotment, planting trees and making a documentary about their activities.

The students have a team looking at fundraising, marketing, one at the survey and one for the documentary. I’m so excited to see them working beyond the four walls of the classroom.

Does being a Now Teacher matter?

I think I have realized that what I bring as a Now Teacher is more than just a different experience and perspective.  I was so lucky in my previous career; I have a network and knowledge of things that it is incredibly rare for other teachers and leaders in school to have.

My reluctance to step forward was misplaced.  There was I, thinking about me – would l tread on toes? was this showing off? what would other teachers think about me?

When you remember that it is just about the children, it’s funny how easy it all becomes.

And given how long term the effects of our environmental degradation are going to be that’s the point, isn’t it? Keep Britain Tidy, the Great British Spring Clean, my students, Now Teach and me.  Just imagine how many such serendipitous connections Now Teach is making.

"I’m so excited to see them working beyond the four walls of the classroom". 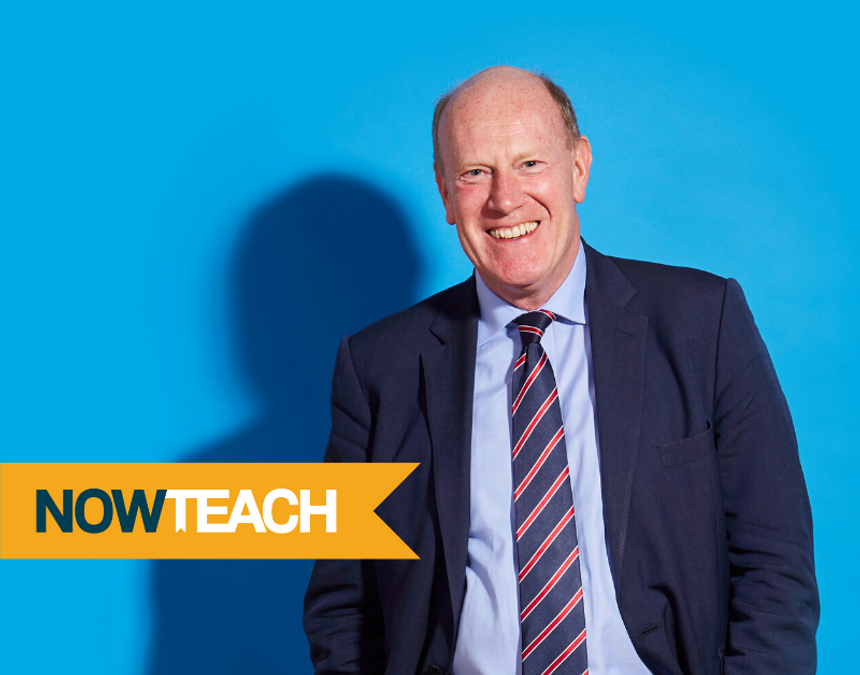