At the start of July 2020, and in the wake of the BLM movement, we held a virtual event with Now Teachers about race, diversity and inclusion in education. A brief overview of our response as an organisation can be read here, but it has prompted a range of responses from the Now Teachers who attended; responses which merit a platform of their own.

This is the first in a short series on the topic from Edem Onofeghara, who trained with Now Teach in 2018.

My own identity was formed in Nigeria where I saw people of colour excel and achieve at every level of Nigerian society and my Nigerian ‘middle class’ background meant it went without saying that the same would apply to me. I can honestly say, as I often do, that I didn’t know I was ‘black’ until I came to the UK for postgraduate studies - and where I remained when the children came along.

I think you only really discover that you are black when in ‘white space’! Living in white space, as I call it, since 2004 has created in me an awareness of the experience of people of colour born here as well as those who come to live here. I sometimes think those of us, of colour, who were born and lived elsewhere are fortunate to have lived outside of this space, and remain hopeful that inclusion and equality can and will happen.

My decision to retrain as a teacher when I did in 2018 was partly motivated by having had children in this country and the dawning awareness that they would experience challenges I never did having spent my formative years in Nigeria.

At the last Now Teach session, there was a reference to Professor Michael Young whose work on ‘powerful knowledge’ is one I wholeheartedly support; not least because it focuses not on access to knowledge or who gives knowledge legitimacy (both of which are still very important) but rather is concerned with what that knowledge can do. When Young argues that when parents make sacrifices to send their children to school, they are hoping that the children will acquire powerful knowledge that is not available to them at home, I can’t help but think that’s a manifesto for inclusion, diversity and equality, if I ever saw one.

We spoke, in that session, about cultural capital. I recall being selected for a professional learning committee on cultural capital at my ITT school in Kent where some on the group seemed to think if we offered white working class children in Kent access to golf and sailing we would somehow be more inclusive. Needless to say, I was frustrated by the idea that an introduction to elitist sports was what would really make for an inclusive school.

I have always felt that here in the UK, inclusion in education for learners, should be tackled through the curriculum. John Blake suggested, during the session, that there are and have been opportunities within the curriculum for this.

Perhaps that is the case. If my experience as a postgraduate student so long ago now was anything to go by, it wasn’t done well. I was constantly asked where I learnt to speak English so well and told I must have been in the country for years since my English was so good, I always wondered how the people who asked me those questions or made those statements could be so ignorant of the history of the ‘British empire’.

I would suggest that if the curriculum contains many opportunities for promoting inclusion, diversity and equality, maybe the issue isn’t so much the content of the curriculum as it is how it is delivered (or more importantly not delivered). I still recall a white male trainee during my ITT, who I got on well with sitting and preparing his history worksheet for a lesson, and I noticed a question on the worksheet that read ‘What were the benefits of putting the native Americans in reservations?’. Now granted there were no Native Americans in this school in Kent to take umbrage at such a question (benefits to who?), still I was left somewhat dismayed by what I felt was destined to be another history lesson taught from the perspective of a dominant culture; who would speak for the Native Americans in that lesson that day I wondered?

All to say, the curriculum may be well suited in terms of content, perhaps delivery is the issue and I think if we really wanted to engage with inclusion and diversity in schools, maybe it’s time to be deliberate about making these aspects of the curriculum if they are there, ‘visible’. As James Baldwin said: Not everything that is faced can be changed but nothing can be changed until it is faced.

I teach Business and Economics and I intentionally raise gender issues (e.g.the gender pay gap, the underrepresentation of women in senior management positions in Big Business etc). That’s a great way to ‘face’ and engage with equality and diversity issues head on. I’d like to think I have been managing that with sensitivity as I do not appear to have alienated the boys I teach.

We spoke during the session about promotion and not just recruitment, if we want real inclusion let’s give ‘others’ a place at the table. The ‘snowy white peaks’ are all too evident in education in this country.

The preponderance of Black boys being given detention, was commented on by many Now Teachers. Even in the schools where I trained where people of colour were in the minority, not only was there a disproportionate number of detentions levelled at black boys, but language was weaponised against them...and teachers of colour as well. If a white teacher acted in a certain manner, they were being assertive and often times bad manners on the part of certain teachers were excused by saying ‘oh he/she is on the autistic spectrum’ (you won’t believe the number of times I heard this one).When the student or teacher was a person of colour, the language invariably changed- ‘aggressive’, ‘angry’ often featured.

Finally, I do sometimes wonder about the phrase ‘unconscious bias’ – whether it is ‘unconscious’ or whether it’s simply semantics that merely cloaks ‘white privilege’ by giving it an air of respectability.

Having said this, I laughed to hear about Lucy (Kellaway’s) experience using the expression ‘whiter than white’ as I have used it myself. I laughed not because it was racist, it wasn’t. I too am familiar with it from detergent adverts. I laughed because I could certainly relate to her experience as I too use old-fashioned expressions and some not so old-fashioned ones all the time and have experienced similar gasp-inducing moments from all-white classrooms in Kent and now East Sussex. Lucy is right that if one says something that causes offence, then one has to stop saying it. However I do think that her students would have benefited from learning a new expression and the etymology of the expression. It would be crazy to think that we can’t use words like white or black without resulting in cringeworthy moments. God forbid that our bid for a more inclusive society is distilled down to anti-whiteness.

All in all, I loved the honesty of the sessions as we all grappled to find answers to the questions. There was discussion about how there is no way we can expect to know everything about every culture and that is true. But I guess acknowledging we are all human in spite of our differences is a great starting point. 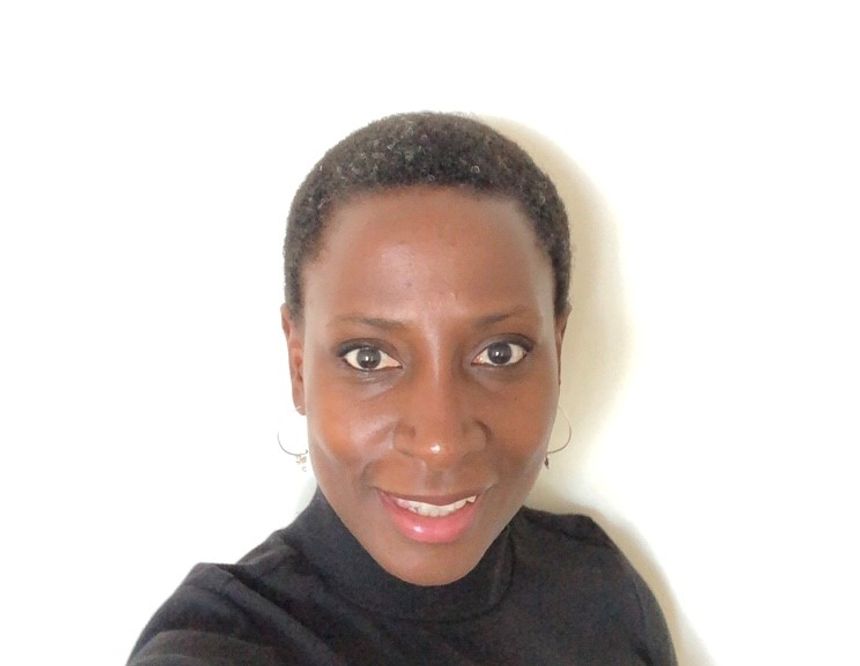