Oli Seadon is part of the Now Teach 2020 cohort, and beginning his training with Harris Initial Teacher Education. Having just finished Harris Summer School, Oli reflects on his decision to change career and head back to school this September.

Today I was due to board a flight to Sao Paolo in preparation for opening Cirque du Soleil’s Totem where I was the tour director, but instead I’ve just finished the final day of Harris Federation’s summer school. The industry I worked in for fifteen years has closed for the foreseeable future, so I’ve decided to do something I first applied to do three times in 2005, 2006 and 2007 but never quite had the courage to follow through: train to be a teacher.

All it took was a global pandemic.

I’m not going to teach drama, as I’ve had my fill of dramatics for the time being. Instead, I am going to teach English. I love English literature, I had the most wonderful A-Level English teacher, Sue Dawson, and this summer I completed an eight-week preliminary course to enhance my subject knowledge. It all feels a great fit for a new challenge and, for the last five months or so, has been an exciting theoretical prospect looming in the distant-albeit-increasingly-closer future.

Now, though, I actually have to do it.

In a couple of weeks I have to set foot in a classroom and teach teenagers why Shakespeare was the greatest British playwright and why exactly George Orwell’s Animal Farm, written in 1943 as an attack on a decades-dead dictator, still speaks to us today. Thankfully, though, for these teenagers, I first have the opportunity to watch many other experienced teachers teach their lessons before I do it myself.

My nerves exist on a variety of levels, but I’m mostly nervous about getting it right.

I’m reminding myself every day, though, that the sooner I get comfortable with getting it wrong, the better. Because I am likely to get it wrong – every day, and fairly publicly. As much as I annoy even myself by writing this, practise does make perfect. Although, as perfection is pretty unattainable I am entirely happy that, for now, practice instead just makes me pretty good.

The fantastic thing is that I don’t have to do this on my own. I’m one of a team of around 200 new teachers training with Harris. Within that team, around 20 of us are training to teach English and a solid few handfuls of us are career changers, so there’s a lovely breadth of experience and support to draw on as we go through this training year together. As much as leading teams is what I’ve got used to in my career, it feels really good instead to just be part of one.

We also seem to be in the best possible hands with Harris ITE. The team of experts leading our summer school are inspiring and impressive. Coordinating a weeklong summer school for 200 trainee teachers would be difficult in normal circumstances, let alone in an online-and-live-socially-distanced hybrid state, but I took a lot from it. It’s been a bit weird not spending much time together in person, but I feel it’s given me an invaluable head start in behaviour management techniques, initial lesson planning and an introduction to pedagogy (which is, as I’ve learnt recently, the ‘how’ rather than the ‘what’ you teach).

Whilst nervous, I am excited to get started. I also figure that if we can learn to teach in the times of coronavirus, it can only get easier after this.

"We seem to be in the best possible hands with Harris ITE". 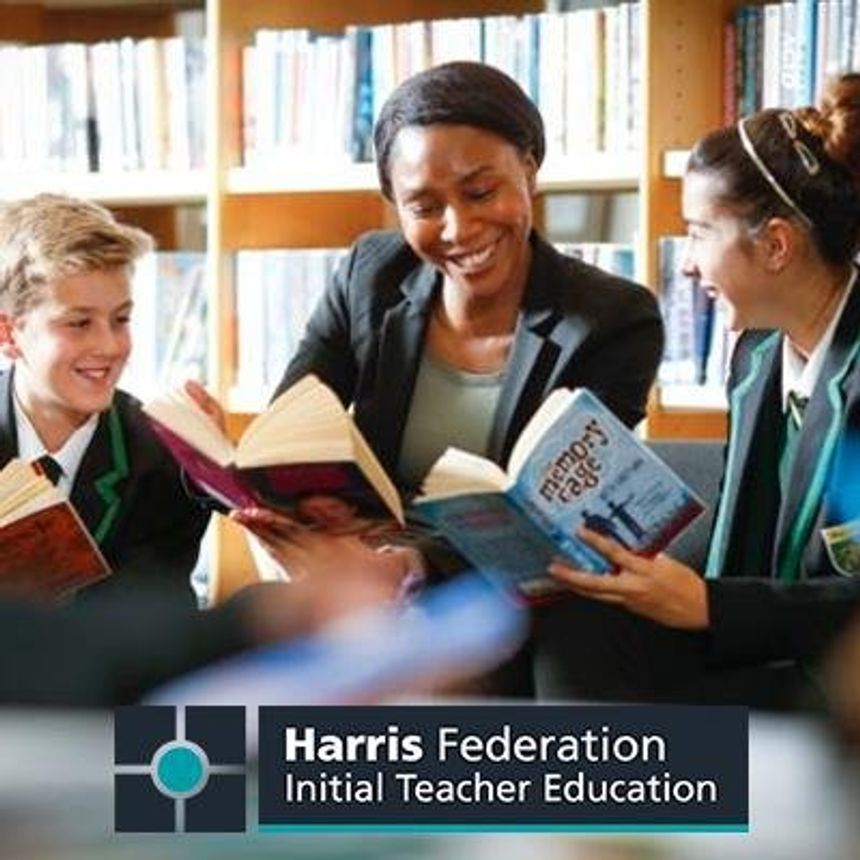