Now Teacher Atish Mistry, Cohort 2020, shares how he brought his previous experience into the classroom for National Careers Week.

As part of National Careers Week, our SLT asked if I could give a presentation to our Y11 and Y13 pupils. Say no more Miss! I’ve got this from here.

I’d been yearning to get involved in some careers stuff, but with current restrictions, it wasn’t feasible to have pupils outside of their tiny bubbles, never mind a week of dedicated career events.

I had to put myself in their shoes. 16 and 18 years old respectively, they have now seen exams cancelled for a second year. Imagine that, they’ve spent their whole life working up to their A-level choices or university places, and now it’s out of their control. Sadly, I’ve also walked by and overheard some say to each other, “What’s the point?”

That’s the backdrop in which I had the opportunity to share my experiences with these young adults. Thankfully, I had a wealth of knowledge to draw upon. Should I tell them about the masterclass in Japanese business etiquette that I had to take before we had clients come over from Tokyo? Perhaps they’d be interested in the multi-billion-pound trade I was involved in when I was only 22 years old? Or maybe I could share a funny story from a Christmas party? On second thoughts…

Coming back to being in their world, I chose to focus on my A-level choices and my Economics degree. I took myself back to a time when I had a very vague notion of what it meant to be “a professional” or to “work in the city.” I told them about how lost I felt during my first few weeks on a graduate scheme. I shared my list of the top 5 things I learnt from working with traders and I gave them an overview of how my time at university helped me grow on a more personal level.

It was all told in chronological order, with a sense that as each year unfolded, I started to get a better idea of who I was and what I wanted to do. The common denominator was always hard work and being curious. I added some images that showed me as a spotty teen on my prom night, right through to one of me presenting at the London Stock Exchange. I told them about the skills I had developed along the way, such as negotiating legal contracts, building relationships and leading a small team. I shared some more highlights, as well as some lows. I rounded off with the details about my last day on the trading floor and the applause that came with it.

Then came the most interesting part, their response!

“I had no idea that’s what you did! Mr. Mystery indeed.”

“Did you get straight As in everything then, Sir?” (No, I did not)

“Can you help me get a job at Goldman Sachs?”

What I had planned was just a light-hearted overview of my experiences. However, the influx of messages I got afterwards suggested that I had hit something deeper. I realised that these Y11 and Y13 pupils are at such a critical juncture in their lives and are actively looking for more inspiration to inform their choices. They may well not end up in finance, but the journey of personal and professional growth resonated with many of them and their own aspirations.

I plan to build on this experience and get involved in future National Career Week events. This might include a more interactive activity or perhaps even running a trading game so pupils can get a more tangible sense of how financial markets work. However, even just a casual 15-minute talk with very minimal preparation led to hours of discussion.

For any fellow teachers, I’d strongly encourage you to share your experiences with your pupils. It could be simple, such as a series of images taken from Google and talking around each one. I added a few photos of myself at work to add a personal touch. Avoid industry-specific jargon where possible and talk about how both university and work opened new horizons as you moved from being a teenager to becoming an adult.

To find out how another career-changer brought his previous experience into the classroom, check out this blog from Now Teacher Sebastian Paul.

What I had planned was just a light-hearted overview of my experiences. However, the influx of messages I got afterwards suggested that I had hit something deeper. 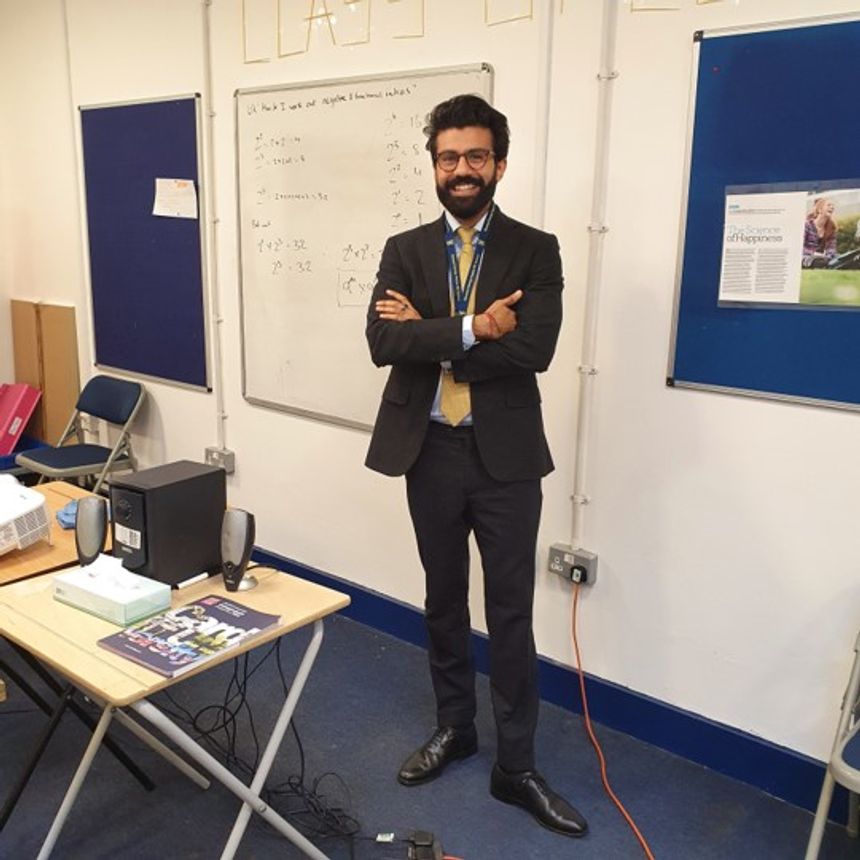